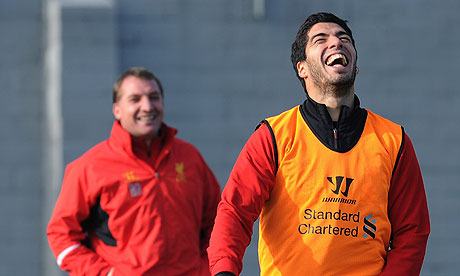 “He [Suarez] looks like he can score a hat-trick in every game, doesn’t he? He can do, because he has got that quality. He will certainly push [the record] close.

“You can put him in that bracket of world class. I think one or two of his off-field antics have maybe detracted from his performance level, but you see a different man now.

“He is mature. You see he is happy, confident and at peace with everything in his life on and off the field. Luis is just a brilliant player, a joy to work with. He gives me everything, every day of his life.”