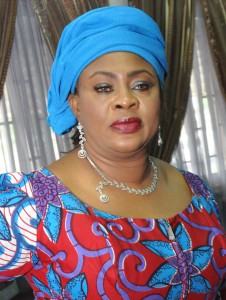 The House of Representatives report over the six hundred and fourty three million armoured cars purchased by the Aviation Minister Stella Oduah, indicted her and urged the President to sack her.

The report says the minister contravened the Appropriation Act 2013 by exceeding the ministry’s approval limit of N100 million by the purchase of 54 vehicles at N643 million.

In a unanimous resolutions adopted by the lawmakers after considering the report of the House Committee on Aviation, on the purchase of two armoured cars for N643 million.

The report said that the two BMW armoured cars procured in the process were neither provided for in the Act of 2013, nor was there due process followed in their procurement.

The House has also directed the Nigerian Civil Aviation Authority (NCAA) to terminate all transactions and loan agreements into on the matter.

The Economic and Financial Crimes Commission (EFCC) are to also investigate the discrepancies in the chassis number DW68032 of one of the vehicles inspected by the committee.

Shock In Vatican City As Man Sets Himself Ablaze