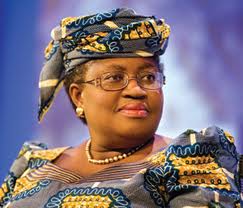 The Representative of the World Bank in Nigeria, Ms Marie-Francoise Marie-Nelly said on Wednesday the Community and Social Development Programme(CSDP) of the bank had gulped N46 billion since inception.

She made this known in Abuja during the Project Team Review Programme to assess the outcome of the programme since 2009 in 26 states.

“The project has performed satisfactorily in 26 states as well as the FCT. It essentially disbursed all the resources, 99 per cent.

“In total it is N46 billion, (219 million dollars) which includes the contribution of states and communities.”

In his address, Gov. Liyel Imoke of Cross River, enumerated the achievements of the programme in the state.

“As at today, our partnership with the World Bank under the CSDP has resulted in funding of 192 community development plans comprising 531 micro projects, with 499 of these micro projects completed and in use.

“We as a state remain unrelenting in our efforts to ensure that the gains reach every nook and cranny of Cross River State and affect our people much more positively.”

Similarly, Gov. Idris Wada of Kogi, who was represented by Mr Joseph Daniel, the state’s Chief of Staff, said additional funds would be provided to support the programme.

“We have fully paid up the N100m in the 2013 budgetary provision to the Community and Social Development Agency.

“Kogi State has, therefore, met all its obligations in the current subsidiary credit agreement with the World Bank for funding the Community and Social Development Project.

“Furthermore, I wish to say that I have released over N47m for the construction of the agency’s head office.

“I also directed the transfer of additional N50m to the agency in order to extend funding support to more communities in the state.

“I am happy to state unequivocally here that Kogi State Government is willing to pay more,’’ he said.

NAN reports that the Federal Government had obtained a 200m dollar credit from the World Bank to loan participating states which are mandated to establish agencies by law and pay N100m counterpart funds annually.

As at September 2013, 5,464 projects were completed and functional in the benefiting communities while additional 1701 micro-projects were on-going.

The CSDP is anchored on the major elements of the vision 20:20:20 and in line with the transformation agenda of the present government which recognises the need for an enduring mechanism at the grassroots.

The project objective is to increase access of poor people to improved social and natural resources as well as infrastructure.

Advertisement
Related Topics:NigeriaWorld Bank
Up Next