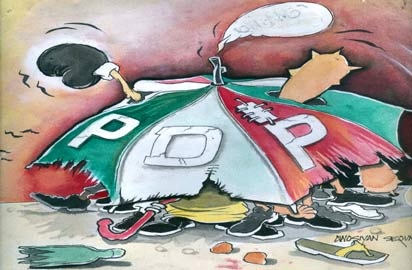 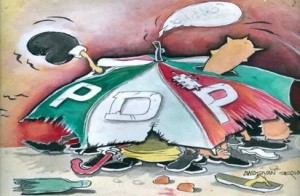 The National Working Committee (NWC) of the Peoples’ Democratic Party (PDP) has received Reports of a purported defection of 37 members elected on the platform of the Party to the All Progressive Congress (APC).

The NWC, after a thorough review of the report at its meeting held today at the National Secretariat wishes to state as follows:
1. The defection, if confirmed to be true is treacherous and a huge betrayal not only of the PDP but millions of voters who worked timelessly hard for their election on the platform of the PDP in their respective Constituencies.

2. As Lawmakers, the defectors must no doubt be aware of provisions of section 68 (1) (g) of the Constitution of the Federal Republic of Nigeria 1999 (as amended) which clearly states conditions upon which a member of the Legislature will change platforms. For the avoidance of doubt, the Courts of our land have declared that the PDP is ONE and not bedevilled by any factions. Any member of the National or State Assemblies who therefore renounces his membership of a UNITED PDP must be ready to face the consequences of defection in line with provisions of the Constitution.

3. The PDP condemns what is fast unfolding as a desperate attempt by selfish politicians to cause confusion in our body polity. We wish to assure all our members and supporters nationwide that the PDP remains unshaken by the departure of Fifth Columnists. We shall undoubtedly emerge stronger and more cohesive after these events.

4. The PDP is pleased to note that despite the purported defection of some members, the Party still maintains a comfortable majority in the House of Representatives and urges members to utilize their majority to strengthen the support for President Goodluck Jonathan’s Transformation Agenda and the only recognized National Leadership of the Party.