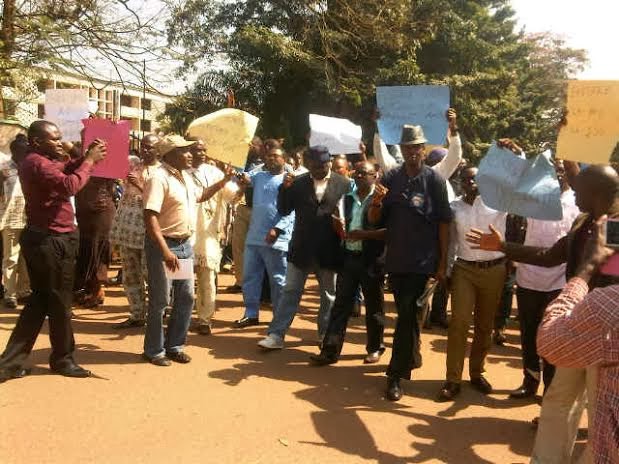 A peaceful demonstration is currently going on at the University Of Nigeria, Nsukka following the sack of the Chairman of the University’s Governing council,  Emeka Enejere by the co-ordinating minister of Education, Mr Nyesom Wike yesterday. Some of the protesters are also calling for the sack of the institution’s Vice Chancellor, Professor Batho Okolo
The suspension of Enejere was only announced on air without any reasons being made.
Members of ASUU (UNN Chapter), NASU and NAT (National Association of Technologists) are currently protesting in the University.
The protest started from the freedom square and they are now approaching the school gate as chanting continues.

Police men were on ground. As at the time of this report, nothing less than seven (7) Police Hilux vehicles were following the protesters.

Trouble started just after ASUU Chapter of UNN rose from a meeting as a result of the suspension of the five months old strike which was called off yesterday The School’s Chief Security Officer, Mr. Uzoma had earlier attempted stopping the meeting from holding as he said it was an ‘order from above’.

The ASUU Chairman in a little chat with the press at the school’s Freedom Square has called for the immediate restoration of Enejere and the sack of the Vice Chancellor of the institution, Bartho Okolo

This is coming just about a fortnight after the host community staged a demonstration that the University administration is treating them with impunity.. 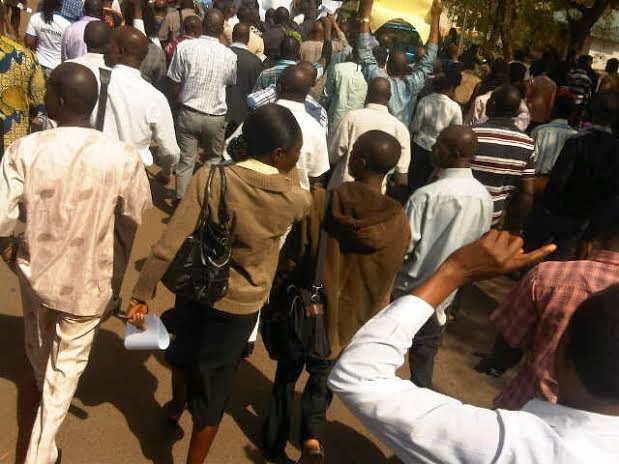 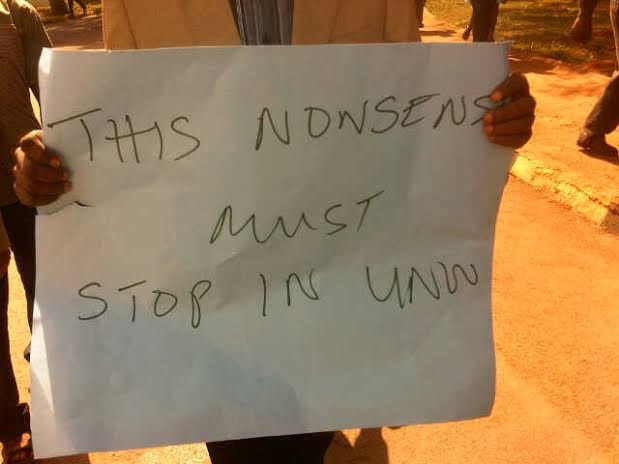 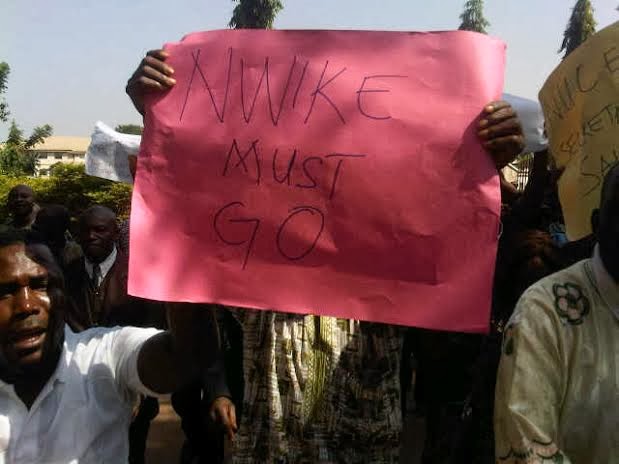 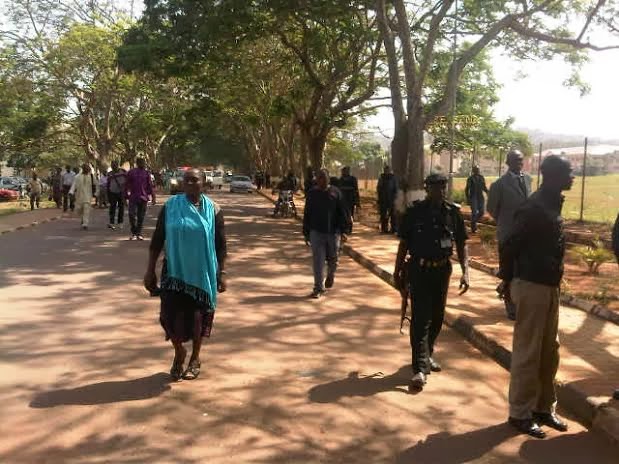 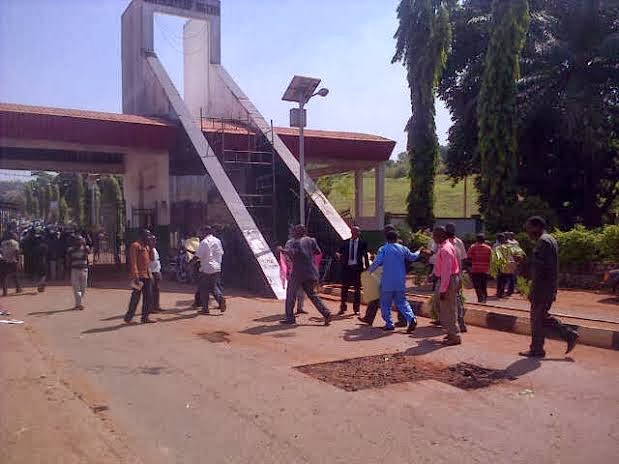 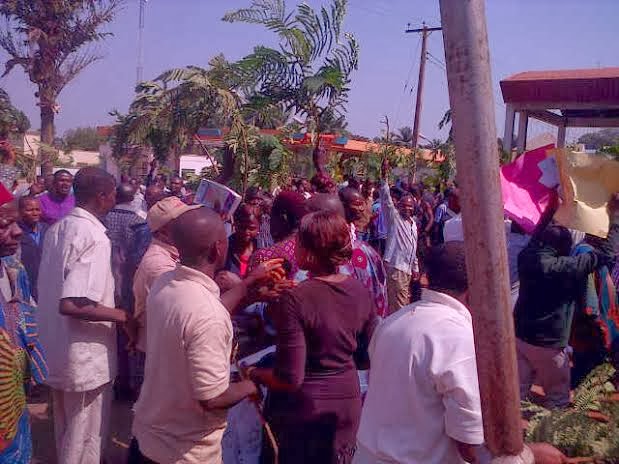 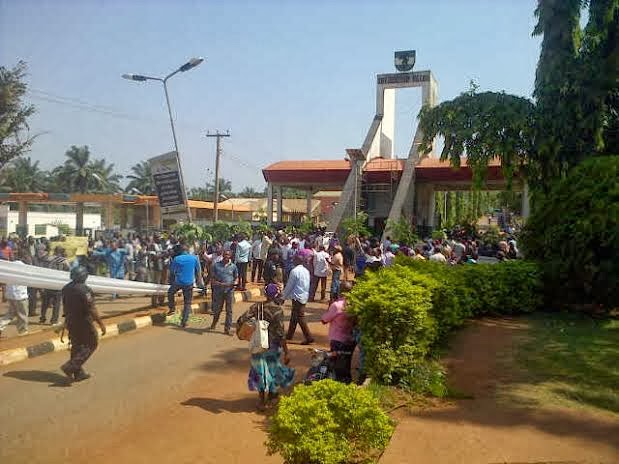 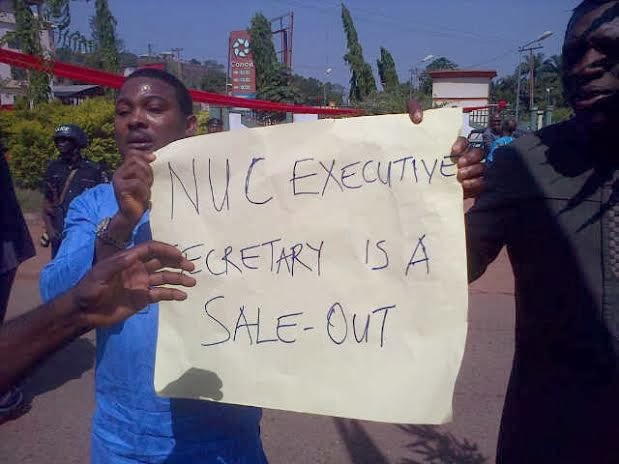 SHOCKING: Woman Connives With Her Pastor-Lover To Kill And Burn Her Husband