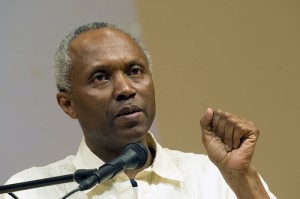 From the outset, I must offer an apology for the grave moral offense of seeming to bracket the late sage, Nelson Mandela, with Olusegun Obasanjo and Goodluck Jonathan. In a way, the decision was not mine, but Mr. Obasanjo’s.

Dr Junaid Mohammed, Blood Has Been Flowing In Nigeria Since May 2010 By Ndiameeh Babangida Babreek

We The North Are Ready To Go; We Are Tired Of Being Called Parasites