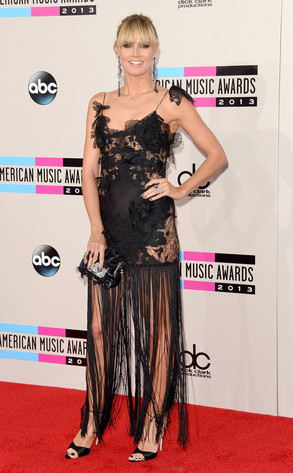 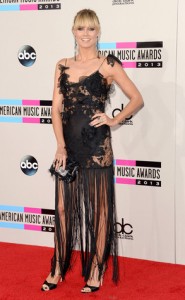 Heidi Klum is saying no to plastic surgery.

The 40-year-old supermodel revealed during an interview with Access Hollywood that she has never gone under the knife or opted for any cosmetic procedures.

“I’ve never done anything,” the German native said when asked if she’s ever had surgery or received any fillers or injections. “I’ve been too scared, to be honest with you.”

The Project Runway host explained the reason behind her fear.

“I’m scared that all of a sudden you’re changing too much, your face starts changing, I don’t know,” she said of going under the knife. “I would have a hard time looking in the mirror and seeing something that I’m not used to seeing. I’d be afraid!”

The mother of four also revealed her very simple solution to hiding any pesky lines on her forehead.

“Botox or bangs,” the natural beauty said with a chuckle. “I go for bangs.”

Judging by this fantastic answer, it sounds like she won’t be going for for any kinds of procedures or surgeries. And why would she?! She is positively beautiful just the way she is!

Related Topics:Heidi Klum
Up Next