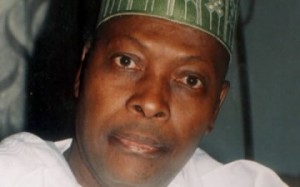 Dr. Juniad Mohammed, has been arrested and detained by the Kano State Command of the State Security Service on Friday.

The Second Republic Member of the House of Representatives was said to have been picked up from his Kano residence at about 2:58pm.

Confirming his arrest and detention in custody in a telephone interview with PUNCH Newspaper Correspondent, Juniad said, “I have just been taken by officers of the SSS, we are on our way to their headquarters.”

PUNCH reports that Subsequent calls to his mobile telephone indicated that it was switched off.

Although no reason was given for his arrest, of the medical doctor turned politician, but reports indicates, the arrest of the former lawmaker was mostly likely connected to a recent media interview he granted.

“He was quoted as saying there would be bloodshed if President Jonathan contested the 2015 Presidential elections.” The report says.