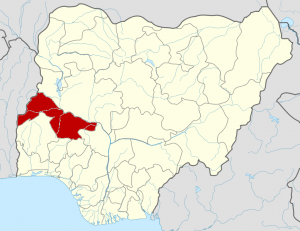 A single engine Diamond aircraft with registration number 5N-BRD Crashed during a routine exercise at the  International Aviation College, Ilorin.

Three crew members on board the training aircraft  narrowly escape death on Monday when the plane crashed within the vicinity of Ilorin International Airport.

Capt. Nuhu Abdulkareem, the college’s Acting Rector, who announced the plane crash at a press conference in Ilorin, said it was the first recorded incident since its inception.

Abdulkareem said the three crew members were later taken to the college’s clinic for proper check-up and were certified fit.

He said the college had established contact with the Nigerian Civil Aviation Authority and the Accident Investigation Bureau, statutory bodies responsible for regulating aviation safety and investigating incidents.

He said the management of the college was awaiting the arrival of the officials of both agencies from Abuja to investigate the incident.