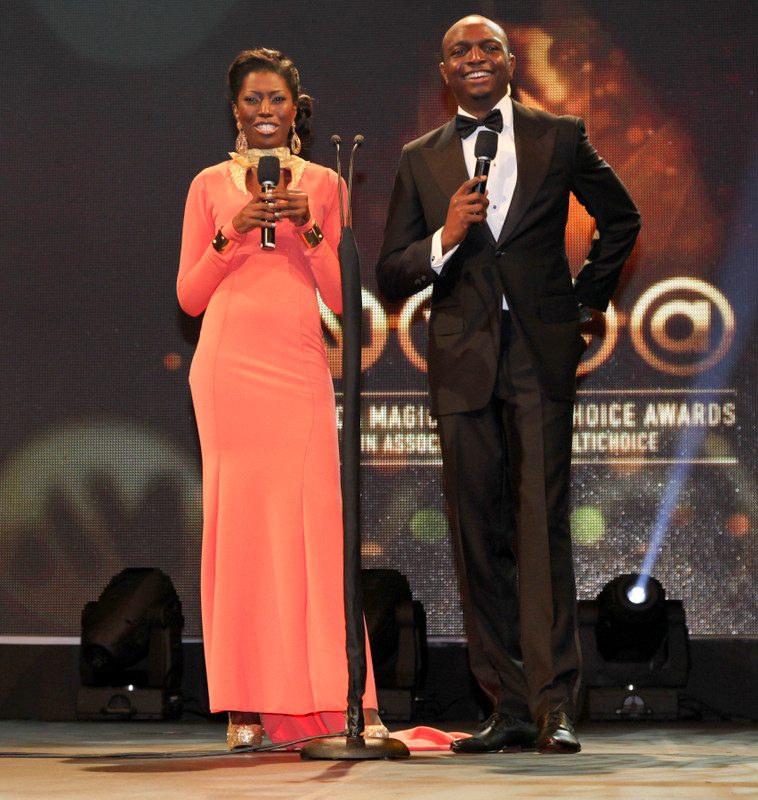 The names of the hosts for the Africa Magic Viewers’ Choice Awards have been announced. The upcoming event will be co-hosted by  IK Osakioduwa, Osas Ighodaro and Vimbai Mutinhiri.

The awards are slated for Saturday, March 8 and will be viewed across 50 African countries via DStv and GOtv

“IK and Vimbai did a tremendous job of hosting the inaugural AMVCAs. We are confident that with the addition of Osas, this dynamic team will once more keep this exciting and fast-paced live event running smoothly. With more viewer voted categories, the launch of the New Era Award and a sensational new stage, the latest edition of these awards should be bigger and better.”

The MD also confirmed  that the ever-crazy, Denrele Edun will handle the red carpet

IK Osakioduwa has also made his comments about the upcoming awards

“There are many reasons why the AMVCAs are successful. Everyone in the industry takes these awards very seriously. People see them not only as transparent, but as trustworthy. The mileage the show attracts makes it a blessing to be nominated, let alone win. Also, one of my favourite categories is the Trailblazer Award, the continent’s first simultaneous look at new and developing talents. Plus, one of the things I loved last year was seeing the really glamorous outfits.”

For Vimbai who is the co-host of Stargist, her opinion is similar to that of IK

“From witnessing some of the greatest contributors in African film and TV being recognized for their phenomenal work, to watching fresh faces embarking on new journeys into the industry, the evening is a reminder of how much work, passion and commitment goes into film and TV. Plus the nominees have helped drive African film into contemporary culture and modernity in so many ways, so it will be great to see who takes the first New Era Award.”

This year’s award ceremony will see 29 awards being presented in 27 categories as  the Industry Merit Award, the New Era Award and the Trail Blazer Award will also be announced
Tinsel star,  Osas shares her excitement:

“I enjoyed every moment of the AMVCA’s last year and I am very excited about this year’s show. Being in a room full of beautiful African stars celebrating amazing work and knowing it will broadcast all over Africa is nothing short of a blessing and I can’t wait. The AMVCA’s certainly exudes quality and I’m proud to be apart of it.”

In total, 29 awards in 27 categories will be awarded with the recipients of . This year, there are 137 nominations from across 80 productions vying for awards.