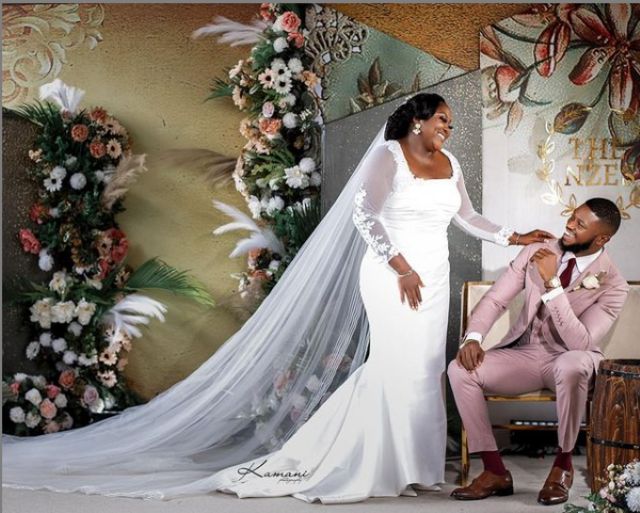 Nollywood actor, Stan Nze, 32, has revealed that he was heavily criticized for getting married to his wife and colleague, Blessing Jessica Obasi.

The Rattle Snake lead role Actor who tied the knot recently, in a recent interview with BBC, spoke about his marriage to the actress and career. According to him, they received many negative comments on social media and people queried him for getting married to a 42-year-old woman.

Speaking further, the actor stated that his wife is his best-friend and she gives him peace, adding that he is very comfortable around her. He added that he wants to set a record by not fighting with his wife through out their first year of their marriage.

He rose to International fame after starring as Ohakanu in the Popular MNet Series, Tinsel. The couple recently tied the knot only a few weeks ago.