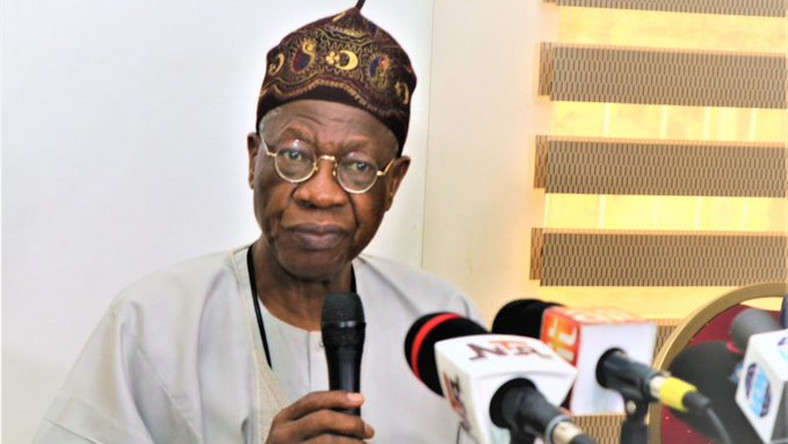 The Minister of Information and Culture, Alhaji Lai Mohammed, on Tuesday, said it was not the responsibility of the Federal Government to prosecute suspected kidnappers and bandits.

He said kidnapping and banditry were not federal offences.

Mohammed said this at a press conference in Abuja. He was responding to statements credited to the opposition Peoples Democratic Party on the security challenges facing the country.

The minister said, “The PDP alleged that kidnappers and bandits are not being brought to justice. This is apparently aimed at the Federal Government.

“It is shocking that a party that ruled this nation for all of 16 years does not know that kidnapping and banditry are not federal offences.

“The PDP should therefore call out the states, including those being controlled by it,
to ensure a rigorous prosecution of arrested kidnappers and bandits.

“Meanwhile, PDP conveniently forgot that as far as terrorism, a federal offence, is concerned, this Federal Government has successfully prosecuted thousands of Boko Haram members in Kainji, as part of a continuing exercise. We are now seeking the cooperation of the judiciary to continue with the trial of arrested terrorists.”

The Peoples Democratic Party (PDP) had Tuesday, said President Muhammadu Buhari does not deserve the title of the commander-In-chief of armed forces because of his failure to tackle the prevailing security challenges in the country.

It said Mr Buhari’s “failure to effectively lead from the fronts against bandits and terrorists ravaging our nation” and recent comments from two of his appointees clearly underscored the president’s capacity.

The main opposition party stated this in a statement by its spokesperson, Kola Ologbondiyan, on Sunday.

The immediate past Chief of Army Staff, Tukur Buratai, said last week that Nigeria may wallow in insecurity for another 20 years if under-development continues in many communities.

“The military alone cannot solve this. There should be hospitals, schools, roads and government presence in these communities. There are so many ungovernable spaces and until these spaces have government presence, it will not be resolved,” Mr Buaratai told the Senate Committee on Foreign Affairs screening him for an ambassadorial position.

Related Topics:PDPSecurityAlhaji Lai MohammedMinister of Information and Culture
Up Next

Miyetti Allah Chairman in Kogi has been kidnapped