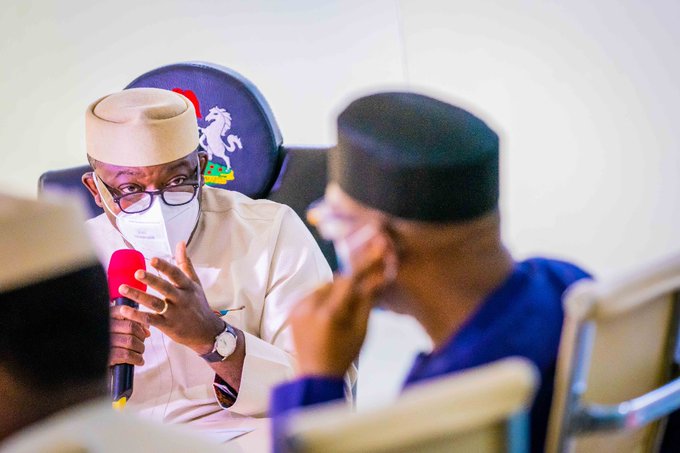 Governor Kayode Fayemi of Ekit State has urged the Universal Basic Education Commission (UBEC) and the Federal Ministry of Education (FME) to improve the mechanism for school monitoring and evaluation of projects.

He said this would promote quality education in the country.

The governor made the statement when the Chairperson of the House of Representatives Committee on Basic Education, Julius Ihonvbere, led other members on a courtesy visit to him on Saturday in Ado Ekiti.

The News Agency of Nigeria (NAN) reports that the committee, as part of its oversight functions, was in the state to inspect basic schools and ensure that funds released by the Federal Government for execution of projects were judiciously utilised.

Mr Fayemi lamented that the backlogs of funds domiciled in the UBEC account was a function of the inability of some states to raise counterpart funds to access it.

He added that the process, if successful, would enable states to take more accelerated actions that would substantially improve the condition of schools and the quality of learning received by scholars.

Mr Fayemi said: “It is necessary to step down counterpart funding in order for states to access the money that is just sitting there and the president has agreed with us.

“That would enable states to take more accelerated actions on schools but it will now be more of a programme for results arrangement rather than counterpart funding arrangement.