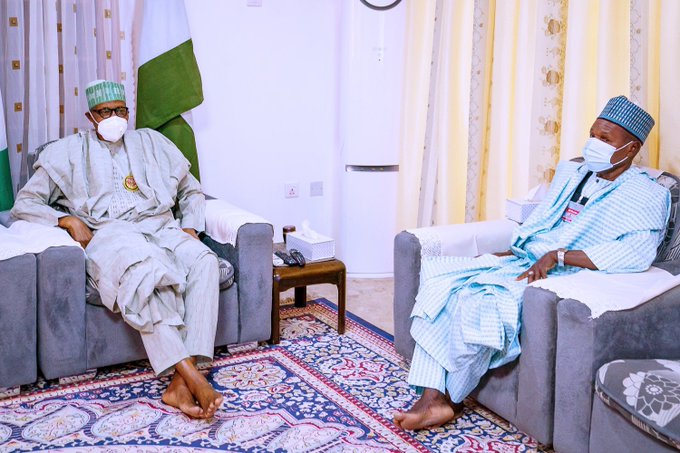 Katsina State Governor, Aminu Masari, has said the abductors of at least 333 students of Government Science Secondary School, Kankara, have contacted his government.

He made this known when he briefed the President Muhammadu Buhari in Daura on Monday.

This was contained in a statement by the President’s Senior Special Assistant on Media and Publicity, Garba Shehu.

“The Governor, who was accompanied by the Deputy Governor of the state, Manir Yakubu, said the kidnappers had made contact and discussions were already on pertaining to safety and return to their homes.

“Governor Masari also noted that security agencies had located the position of the children.

“The Governor said the President was fully committed to the rescue of the school children, adding that it was only appropriate to visit the President and give him more details of rescue efforts.”

Bandits had stormed the school on Friday night and abducted the students after a gun duel with the police. The President had arrived in the state on Friday, hours before the abduction took place.

Nigeria to get $1.5Billion loan from World Bank