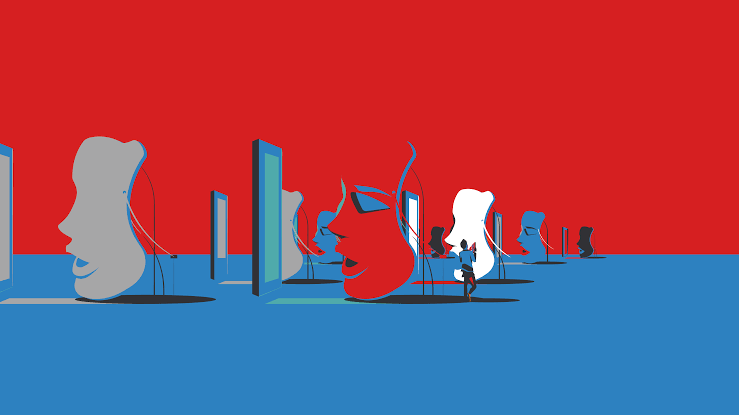 Recently, a video of Nigeria’s Minister of Education, Adamu Adamu, announcing a resumption date for higher institutions, went viral, sparking debates on social media. A verification later showed that the video was fake. It was an old video used out of context.

Today, with advanced technology, videos can be manipulated to look real. Images exist of real and often famous people saying things that they never said, having the same natural gestures as they would when speaking.

HOW ARE FAKE VIDEOS MADE?

In his 2018 TED talk, Computer Scientist, Supasorn Suwajanakorn, talked about video manipulation and how we can spot them.

Researchers took it a bit further by creating a version that talks, acts, and looks like real people. Notwithstanding, Suwajanakorn further advanced this technology to be able to use existing photos and videos to create a highly detailed version of a person. By teaching computers to imitate the way someone talks by showing video footage of the person, it can produce believable human action. The computer was able to create a fake video of Barack Obama giving a speech after watching fourteen uninterrupted hours of Obama while speaking in public.

Another name for fake videos is “deepfakes.” They are named after a mode of creating and using distance artificial intelligence, which allows anyone with knowledge of intelligent software and a compatible computer to manipulate information, whether video or audio. Deepfakes dominate the internet circulating via closed social media networks such as WhatsApp and open communities on Facebook and Twitter. They are instruments for religious and political manipulation, scams and public unrest.

According to Sensity, a visual threat intelligence company formerly known as DeepFake, the rate of deep fakes found on the internet doubled within nine months of research from 7,965 to 14,678 in 2019 alone. This number is currently at 76,781 while the countries most targeted are the United States of America, the United Kingdom, South Korea, India, and Japan. The most targeted sectors are entertainment, fashion, and politics.

HOW TO DETECT THESE FAKE VIDEOS

Verifying fake videos can be as complicated as creating them and researchers are still working to simplify the verification process. Presently, there are a few tools that can authenticate the videos that make their way to our social network.

We can identify and verify old videos that are used out of context by using Amnesty YouTube Data Viewer. A video is essentially a series of large photos placed in rapid succession. The Amnesty YouTube Data Viewer breaks such photos down into smaller images or thumbnails that allow you to apply a simple reverse search to images. But, the YouTube viewer only works on YouTube. It can not effectively verify modified or shortened video.

The InVID (In video veritas) verification app, on the other hand, is a more comprehensive tool. It authenticates videos posted on any social media platform. It performs a reverse-image search on videos; it can also assess for location, time and weather of viral social media videos. The design of the InVID app is based on the Verification Handbook, a well-known data verification resource for journalists and fact-checkers.

There are other verification tools like SurfSafe, which are browser plug-ins. These plug-ins automatically identify fake content right in the browser, then flags misinformation by scanning images and videos on web pages.

Once installed, all you need to do is click on the images flagged by the plug-in, and it will perform a reverse-image search for the same content on trusted news and fact-checking sites. It will then identify any familiar manipulated images.

These plug-ins also encourage you to assist in the fact-checking process by identifying pictures that have been manipulated or packaged as “propaganda.”

Related Topics:dubawaMedia literacy
Up Next

Fact Check: Is Okra really used as treatment for Ulcer?