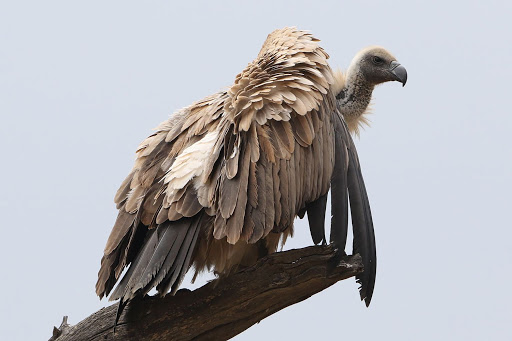 A visit to Enugu will bring you closer to vultures gently perched on rooftops, enigmatic birds of prey that only prey on dead meat.  Only last year, dead vultures were discovered at the Eke-Ihe Market in Awgu local government area of Enugu state. Residents claimed that the vultures saved them from purchasing poisonous meat. The Police reported otherwise, the dead vultures were the work of poachers who leave carcasses of poisoned meat for the vultures to eat.

Vultures, like many rare birds, are endangered in Nigeria with 80% declines in vulture populations both in protected and unprotected areas. One of these protected areas is the Yankari Game Reserve, Bauchi. According to Birdlife African Secretariat, 6 out of the 11 species in Africa are already endangered.

In 2015, Nigerian Conservation Foundation (NCF) developed the Vulture Advocacy Plan in conjunction with BirdLife African Secretariat and funding from the Leventis Foundation, as a tool to implement deliberate activities toward vulture conservation and address some of the most critical issues driving illegal wildlife trade in Nigeria with traditional medicine as a major driver.

A market assessment conducted between 2017/2018 by the NCF in 17 wildlife markets across Ogun, Osun, and Ondo States reveals that the increasingly high demand for African vulture parts have local and international trade routes with major hubs in Ibadan and Kano, Cameroon, Niger Republic, Burkina Faso and Chad that feeds the rest of the wildlife markets in southwest Nigeria.

The prices of vulture vary from N5,000 to N40,000 depending if it is alive or dead and the location of the market. Vulture parts are used for ritual rites for the cure of evil attack; food and protein supplement while a Vulture egg can be used for money-making rituals; and ritual rite for the cure for Madness.

Other threats to the vulture population in Nigeria are poisoning in abattoirs, extraction of eggs from nests, habitat degradation from indiscriminate logging thereby reducing nest sites for vultures and poor perception of vultures as an omen of ill-will leading to direct persecution by locals.

The Yankari Game Reserve lost 95% of the Hooded Vulture between 2008 to 2013 causing the International Union for the Conservation of Nature (IUCN) to raise the conservation status of this species from Least Concern to Critically Endangered.

A major challenge to conservation efforts in Nigeria remains the illegal wildlife trade (IWT) in Nigeria and the West African Sub-region. Nigeria is known as a hotspot for exporting of illegally sourced wildlife products. Local law enforcement agencies and Interborder Agencies also lack the knowledge required to combat vulture trade and wildlife crime in general, according to a communique by Oladapo Soneye, Head Communications The Nigerian Conservation Foundation (NCF ) in this regard.

“The Nigerian Conservation Foundation (NCF ) is reviewing national legislation on pesticides and dangerous drugs affecting vultures in Nigeria, to identify areas for provision for changes that will help protect the vulture”.

Vultures are an important part of the ecosystem. Without vultures, carcasses take longer to decompose exposing them to wild scavengers or lay rotting. The African Cape vulture can reveal the locations of poachers by circling overhead poached carcasses in large groups. They are currently under threat from poisoning by poachers.

International Vulture Awareness Day is marked on the first Saturday in September each year to highlight the ecological importance of vultures and their conservation.