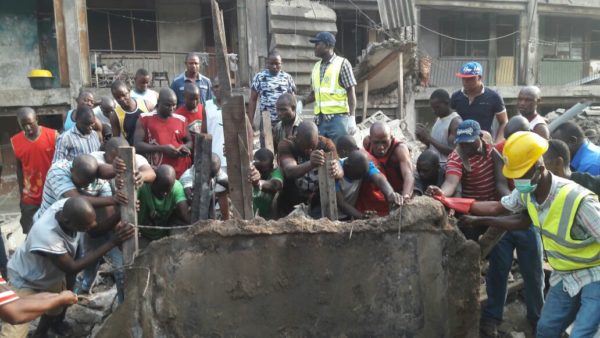 A yet-to-be confirmed number of persons have been trapped after a building collapsed in Police College, Ikeja, Lagos State in the early hours of Sunday.

An official of the Lagos State Emergency Management Agency, who spoke to our correspondent on condition of anonymity, said rescue operations were ongoing at the college.

Two persons have been confirmed dead in a building collapse on Sunday.

The incident is said to have taken place at the Area ‘F’ Police Command, Ikeja in Lagos State.

The building collapse followed a massive fire outbreak at the premises of the Nigerian Breweries Plc in the Iganmu area of the state in southwest Nigeria.

The blaze was said to have engulfed the factory section of the company.

According to officials of the National Emergency Management Agency (NEMA), the fire started at about 5:30am on Sunday.