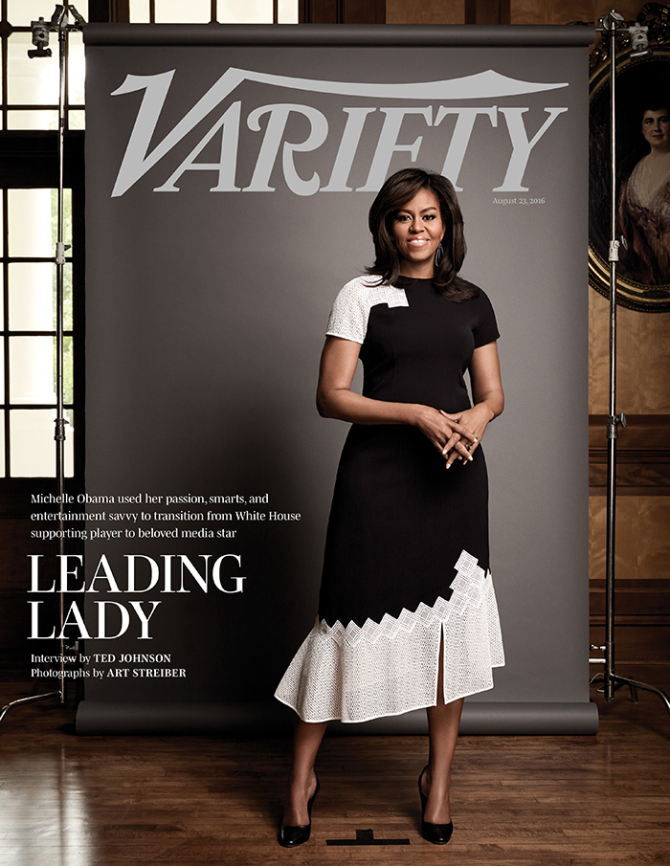 Ten days before delivering the best-received speech at the Democratic National Convention, first lady Michelle Obama was in her East Wing office describing an entirely different appearance she was about to make that was poised to have an equally notable impact, writes Variety Magazine..

The Magazine continued, That was Carpool Karaoke, the insanely popular segment on CBS’ “Late Late Show,” in which she sat in the passenger seat with host James Corden and belted out renditions of Stevie Wonder’s “Signed, Sealed, Delivered I’m Yours,” Beyoncé’s “Single Ladies (Put a Ring on It),” and Missy Elliott’s “Get Ur Freak On” as they circled the driveway on the South Lawn.

“First of all, I was riding in a car with somebody else, without the Secret Service,” she says, with more than a hint of glee. “So right there, [I said], ‘Let’s keep driving!’ I think we drove around the South Lawn about 100 times.”

Obama, 52, calls herself “a product of pop culture.” She is convinced of its influence on the public consciousness — in her case to build awareness of her signature policy initiatives, specifically ones tied to healthy eating and exercise, girls’ education, support for military families, and college advancement.

“What I have never been afraid of is to be a little silly, and you can engage people that way,” Obama says in an interview with Variety in her upstairs White House office, decorated in an eclectic mix of abstract art and framed mementos from her tenure. “My view is, first you get them to laugh, then you get them to listen. So I’m always game for a good joke, and I’m not so formal in this role. There’s very little that we can’t do that people wouldn’t appreciate.”

Get a copy of the Magazine for indepth details of the conversation……..

The Fierce Image of Singer, Tiwa Savage Everyone Is Talking About