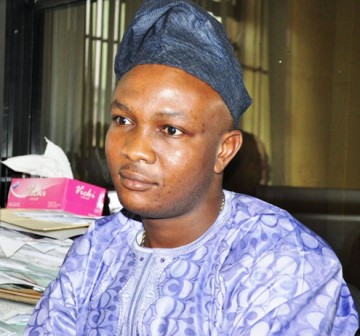 One never ceases to be treated to drama and intrigues in Nigerian politics. On Tuesday, The House of Assembly Election Petitions Tribunal sitting in Jos, the capital of Plateau State, nullified the election of Vincent Venman Bulus, representing Langtang South Constituency and banned him from future elections.

Delivering judgement in the petition filed by Jackson Danladi of the All Progressives Congress (APC) party against the candidate of the Peoples Democratic Party (PDP), the Tribunal ruled that the respondent was not qualified to contest in the election having been convicted of fraud by a court.

The Tribunal Chairman, Justice Akeredolu, who delivered the judgement said: “The election and return of the PDP candidate, as a member of Plateau State House of Assembly, representing Langtang South is nullified”.

He, therefore ordered that a fresh election should be conducted within 90 days.

The Tribunal observed that the petitioner obtained and scored the second highest number of votes, but, however, held that the only order to be given was for a fresh election in the constituency.

NewsWireNGR investigations revealed Mr. Venman Bulus was convicted of fraud after he was nabbed by the Economic and Financial Crimes Commission (EFCC); for defrauding a Plateau state Senator in May 2013. Mr. Vincent had impersonated former Plateau state governor, Fidelis Tapgun and defrauded the Senator of N2 million. The alleged fraudster, eventually met his waterloo, when on the verge of whisking away the sum of N5 million naira from the Senator.

It is baffling that the same alleged convicted fraudster, sat for and won elections into the Langtang South federal constituency of Plateau state.