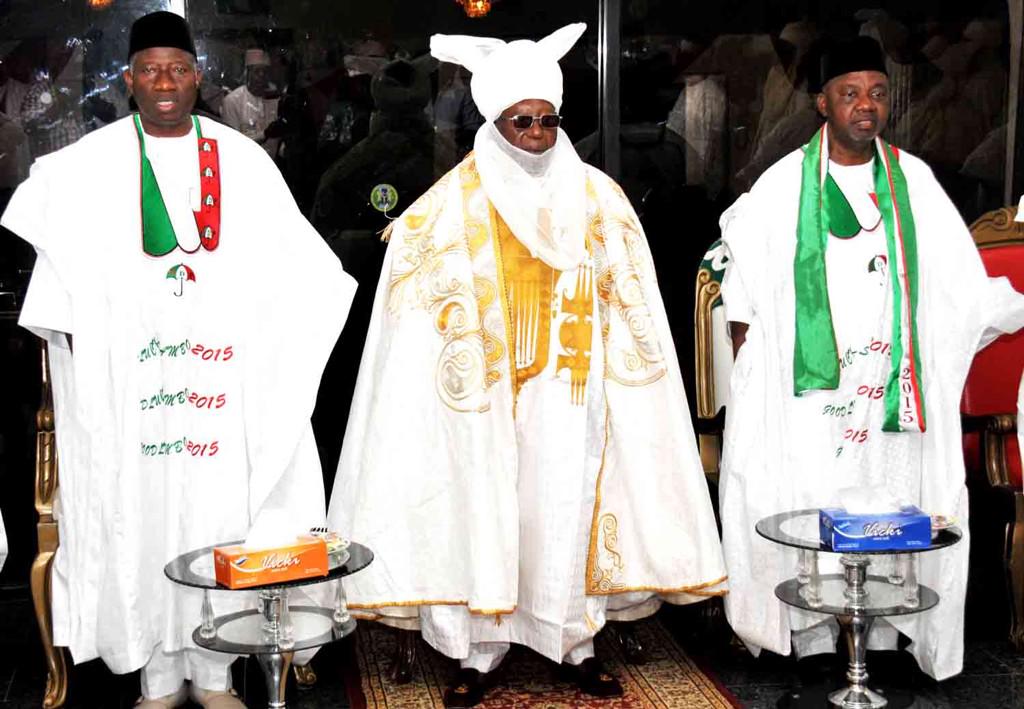 President Goodluck Jonathan says although it is impossible to complete Nigeria’s development in 100 years, the country “will not go backward again if he with the kinds of development projects he would implement.

Jonathan was speaking on Saturday in Kaduna when he paid a courtesy call on the Kaduna state council of emirs and chiefs, led by the emir of Zazzau, Dr Shehu Idris, ahead of the presidential campaign rally of the Peoples Democratic Party (PDP) in the state.

He promised more development for the people of Kaduna if re-elected for a second term, saying the people of the state were major beneficiaries of the revamped railways sector and would be among the first set of commuters to enjoy the modern rail line between Abuja and Kaduna.

“We are here to inform the people of Kaduna to give us a second mandate of four years to continue our transformation programmes to a reasonable level,” he said.

“You cannot complete developing a nation within 100 years but we believe that if we are given another four years, most of our projects will get to a level where it will not go backward again.”

The president sought the blessings of the royal fathers for PDP’s success in the forthcoming polls and acknowledged their prayers and goodwill during the 2011 polls.

PDP Confident Jonathan Would Defeat Buhari In The North