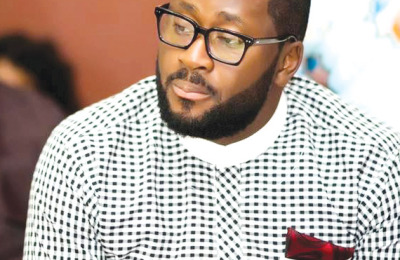 Well, not a completely bad day for entertainers in Nigeria that have decided to try out their hands in the Nigerian Political environment.

The actor, will be representing the people of Surulere in the House of Assembly and the first hurdle has been crossed as he will have to face contenders from other political parties in the state.

Elliot seeks to represent Surulere constituency II in the Assembly. Elliot was educated at the Lagos State University, where he read Economics.

Seeing that the ruling APC is the major party to defeat ahead of the polls, the chances of the Elliot emerging winner as compared to other political party aspirants is slim, according to Political analyst.

Desmond Olusola Elliot got the ticket at the expense of the incumbent and two-term member of the House, Kabiru Lawal.

Unconfirmed reports say Desmond has the full backing of Bola Tinubu, a former governor of Lagos State and National Leader of APC.

Musiliu Obanikoro Declares, Says Lagos Belongs To All Of Us, Not Owned By Bourdillon