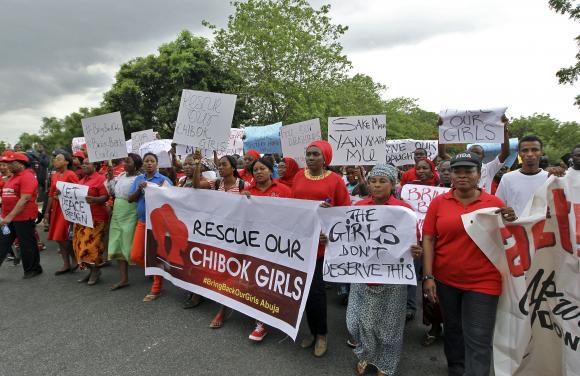 (Reuters) – The United States said on Thursday it had offered to help Nigeria in its search for around 200 girls abducted by Islamist militants from a school in the northeast of the West African country.

“We have been engaged with the Nigerian government in discussions on what we might do to help support their efforts to find and free these young women,” State Department spokeswoman Marie Harf told a daily briefing. “We will continue to have those discussions and help in any way we can.”

Gunmen suspected to be from the radical Islamist movement Boko Haram on April 14 stormed an all-girls secondary school in the village of Chibok, in Borno state, packed the teenagers onto trucks and disappeared into a remote area along the border with Cameroon.

The kidnapping occurred the same day a bomb blast, also blamed on Boko Haram, killed 75 people on the edge of the capital, Abuja, and it marked the first attack on the capital in two years.

But the brutality of the school attack has shocked Nigerians long accustomed to hearing about atrocities in an increasingly bloody five-year-old Islamist insurgency in the north. Boko Haram is now seen as the main security threat to Africa’s leading energy producer.

Harf did not elaborate on the kind of assistance Washington is offering, but said: “We know Boko Haram is active in the area and we have worked very closely with the Nigerian government to build their capacity to fight this threat.”

Separately, a group of U.S. senators introduced a resolution condemning the abduction and urging U.S. government assistance in the rescue effort.

“The U.S. and the international community must work with the Nigerian government to ensure these girls are reunited with their families and deepen efforts to combat the growing threat posed by Boko Haram,” said Senator Chris Coons of Delaware, the chairman of the Senate’s African Affairs subcommittee, and one of the resolution’s six sponsors.

In fiscal year 2012, the United States provided over $20 million in security assistance to Nigeria, part of that to build the country’s military, boost its capacity to investigate terrorist attacks and enhance the government’s forensic capabilities, she said.