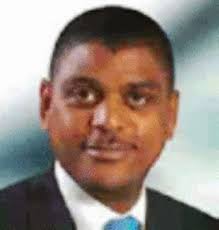 One of the children of Olorogun Michael Ibru, Oboden is at the moment fighting very hard to retrieve $1 million (N155 million) stuck in a bureau de change transaction with one Adedokun Tajudeen Dipo, owner of Knox Bridge Trading Limited.

The matter which is now in court came up for hearing at the Lagos High Court, Ikeja, Lagos. Mr. Adedokun Tajudeen Dipo allegedly obtained N155 million from Mr. Oboden Ibru for the exchange rate of the sum of $1 million and weeks later, when Mr. Ibru couldn’t receive the money, he called in the Economic and Financial Crimes Commission (EFCC), who now charged the matter to court.

The case which has gone through two sitting is in the court of Justice Oluwatoyin Ipaye of the Lagos High Court, Ikeja, Lagos. Mr. Ibru told the court in his submission that the defendant, Tajudeen Dipo obtained the N155 million from him under false pretence. He said the N155 million was for the exchange rate of the sum of N1 million. He said Mr. Dipo was introduced to him by a friend, Niyi Adebayo as a bureau de change operator in 2010.

According to him, “On March 18, 2011, we entered a transaction and I transferred N155 million to the defendant’s company, Knox Bridge Trading Limited, GTBank for the purpose of exchange, a transaction which should have been completed in two weeks.

“When I didn’t receive the dollars, I called him (defendant), but I began to get excuses when the money was not forthcoming. The defendant told me that his money got stuck in a United Kingdom bank.”

Mr. Ibru added that numerous promises made by the defendant to effect payment in spite of intervention from friends and family members failed.

“In an attempt to settle it, we met and the defendant signed an undertaking. We agreed he would issue post-dated cheques from his company, Lorient Harbour Hotel Limited. He isused and handed 20 post-dated cheques of N7,335,000, but the cheques dated March 15 was presented to the bank on March 23, 2012 twice and it bounced. I did not present the other cheques since the one I presented had already been stamped and returned unpaid.”

It was at this period Mr. Ibru decided to inform his lawyer, who now wrote a petition to the EFCC.

Mr. Ibru pleaded that the court help him recover the N155 million. The matter was later adjourned till April 1, 2014, for continuation of trial after the defendant counsel, Mr. Abiodun Omidare requested for adjournment.

Mr. Dipo was arraigned on a two count charge of obtaining money under false pretence, stealing and fraudulent conversion, a charge he pleaded not guilty.

Mr. Oboden Ibru is the first son of former Oceanic Bank Managing Director, Mrs. Cecilia Ibru. He was formerly a director of the bank and presently holds a stake at Aero Contractors.