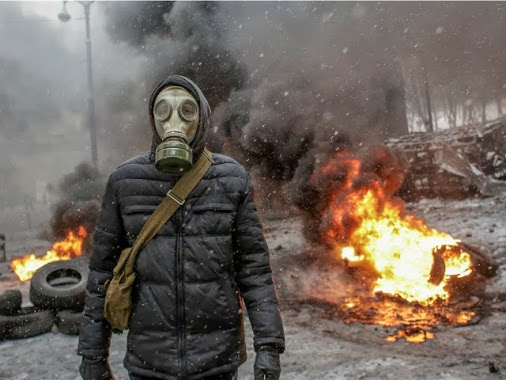 The Acting Minister of Foreign Affairs, Prof. Viola Onwuliri, says the ministry is closely monitoring the development in Ukraine and will evacuate Nigerians in the country if the crisis escalates.

Onwuliri made the plan known to reporters during a dinner for workers in the Ministry of Foreign Affairs in Abuja on Tuesday.

“The Nigerian Embassy in Ukraine is in touch with our nationals in Ukraine and, if the situation demands, we may have to evacuate,’’ she said.

The minister said there were about 7,000 Nigerians in Ukraine.

On the presence of Russian forces in Ukraine’s Crimean Peninsula, Onwuliri said Nigeria was a “non-aligned nation’’ and would not support any party in the ongoing dispute in Ukraine.

“We will always study situations before we draw conclusions. That is what we are doing at this time,’’ she said.

Russian forces have occupied Crimea, surrounding airports and military bases in spite of wide-range condemnation from the U.S., Canada and many EU countries.

On Monday, Nigeria’s Permanent Representative to the UN, Prof. Joy Ogwu, had described the situation in Ukraine as “precarious’’.

Ogwu who spoke at a UN Security Council meeting in New York had called on the parties to embrace dialogue and seek a return to normalcy.

She had also called for a strict adherence to Article 2 of the UN Charter.

The article prohibits the threat or use of force against any territorial integrity or the political independence of any state.

Commenting on insurgency in the North-East region of Nigeria, Onwuliri said the country was in contact with Cameroon to improve co-operation on combating insurgency.

“Last month, Nigeria closed its northern border with Cameroon in an effort to shut out insurgents using border towns in Cameroon as a launch-pad for attacks.

“The two countries are friendly nations and Boko Haram is a challenge not just to Nigeria but the entire world, and we are working hard to confront this challenge.

“No country wants its territory to be challenged by terrorism but for us as a nation, we have taken additional steps and we are discussing with Cameroon,’’ she said.

Onwuliri said she had on many occasions summoned the Cameroonian Ambassador to Nigeria on the issue.

“When we feel worried, we call them in to talk so that they can relay our anxieties to their government.’’